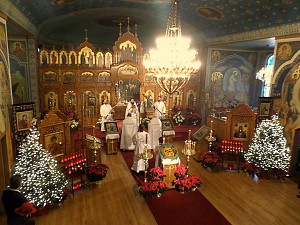 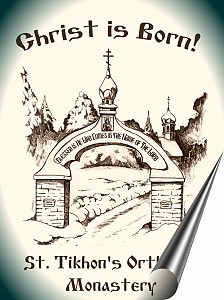 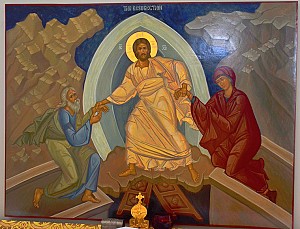 The Brothers have been busy....take a look. 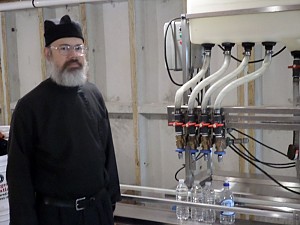 Please help us launch a Water Bottling Project in 201$! 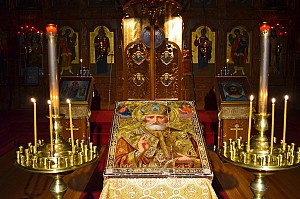 The Brotherhood celebrated the Feast on December 6. 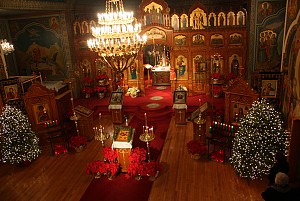 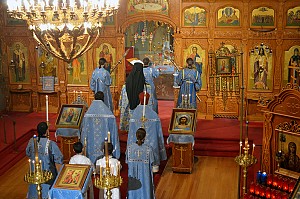 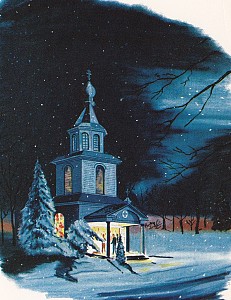 As we begin the Nativity Fast, we ask forgiveness of one another and wish one and all a blessed preparation for the Nativity in the flesh of our great God and Savior Jesus Christ. 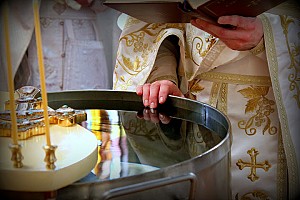 Services were held on Monday evening at 7 pm and Tuesday morning at 10 am. 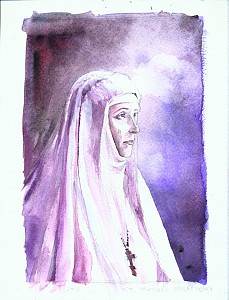 A new section has been added to our website: Our monastic community's art. These are special made pieces that have sold or are for sale in the bookstore. For viewing, please click under resources: Monastic Community Art. For inquires or if you want something custom made, please contact the bookstore at 570-937-4390. 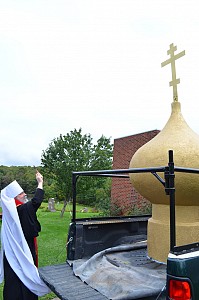 The Cemetery Mausoleum received a new cupola designed, made and placed by Michael Pasonick. The ceremony for the blessing of the new cupola took place on September 13th, 2013. Special thanks to Michael and Arlene Pasonick for making a dream into a reality. 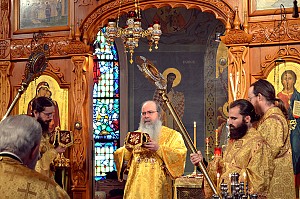 The St. Tikhon's Community celebrated the feast of St. Patriarch Tikhon of Moscow on Wednesday, October 9, 2013. 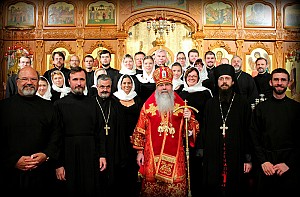 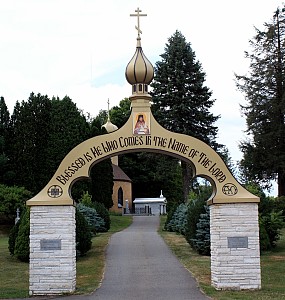 Our 2012 Financial Statements and Review from our auditors Parente Beard are now available. Click here to view our statements. 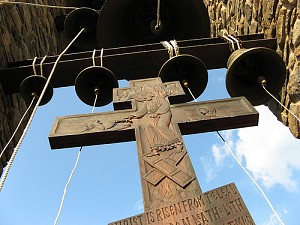 On September 13th and 14th, Metropolitan Tikhon will serve for the Exaltation of the Precious and Life-giving Cross. Vladimir Gorbik will be directing these services of a combined Seminary and lay choir. After this, a newly formed professional choir under Vladimir Gorbik's direction (The Patriarch Tikhon Choir) will continue on to perform in  New York City, Pittsburgh,and Washington D.C. on September 16th, 17th and 18th. For more information about concerts in those areas, please click here. 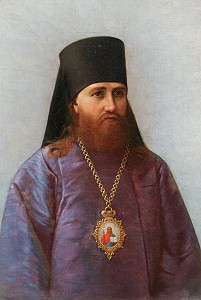 On St. Tikhon's Day, August 13th, several Millennial Members of the Monastery were awarded the Order of St. Tikhon of Moscow, a new award blessed by Metropolitan Tikhon to be given by the Monastery Brotherhood to persons who have especially helped the Monastery with their time, talent and resources.  Special thanks to all those who helped make St. Tikhon's Day a successful blessing for all! If you are interested in becoming a Millenial Member, contact the Monastery for more details at abbotsergius@gmail.com. 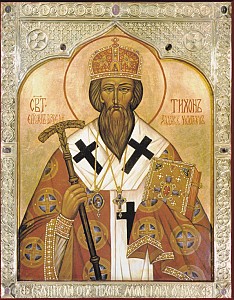 On August 13th, Metropolitan Tikhon will join us for our Patronal Feast Day for St. Tikhon of Zadonsk. The hierarchical Divine Liturgy will begin at 8:30 a.m. with a meal to follow for all. Please join us! 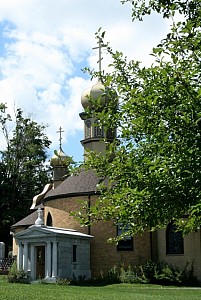 St. Tikhon's will be hosting the clergy symposium this year from June 18th to the 20th. The cost is $50.00. Please contact the Seminary for more information at 570-561-1818 or email at dorothy.sulich@stots.edu. For a schedule of lectures, click here. 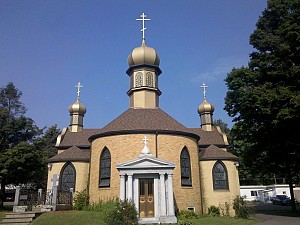 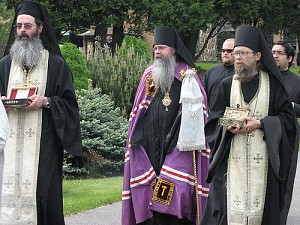 The Monastery Brotherhood invites one and all to the 109th annual pilgrimage to St. Tikhon's Monastery. The pilgrimage begins on Friday, May 24th at 4 p.m. and runs until May 27th at 6 p.m. Metropolitan Hilarion will serve with Metropolitan Tikhon for the Divine Liturgy on Memorial Day Monday. Click here for a full schedule of events. 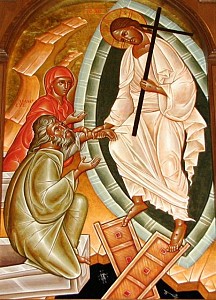 On April 12, 13, and 14, Fr. Sergius will lead a retreat at St. John Climacus Orthodox Church in Greenville, South Carolina. For more information, please visit the website at stjohnoftheladder.org.

Highlights from the recent concert conducted by Vladimir Gorbik (including members of St. Tikhon's Seminary and Monastery) is now available on line. Click here to view. 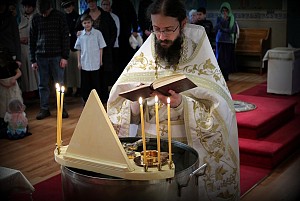 At the recent board of Trustees Meeting on March 8th, Fr. Igumen Sergius was appointed interim dean of St. Tikhon's Seminary after the departure of Fr. Alexander Atty. Fr. Sergius will work closely with the administration and students to ensure a smooth transfer for the next dean in the fall of 2013. A search committee for a new Dean has been appointed and applications are now being accepted. 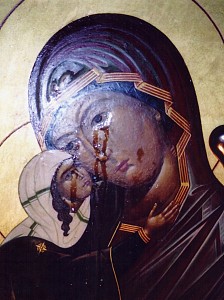 Fr. Igumen Sergius and St. Anna will be at the Loudoun County Greek Orthodox Mission giving a retreat this Saturday night and Sunday morning. For more information contact (703) 421-7515. The Church is located at 21850 Atlantic Blvd, Dulles VA. The event is open to the general public. 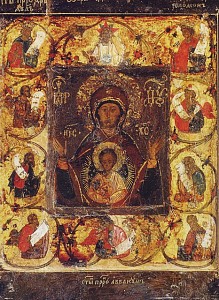 As part of it's 75th anniversary celebrations, St. Tikhon's Seminary will host a rigorous three-day master class for the select student choirs of three of America’s premier Orthodox Christian seminaries—St. Tikhon’s Seminary, St. Vladimir’s Seminary, and Holy Trinity Seminary—from Feb. 28 to March 3, with world renowned Moscow choirmaster Vladimir Gorbik. As the culmination the master class, the combined seminary choirs will perform a concert of Russian Orthodox liturgical music, sung primarily in English. The concert will take place on Sunday, March 3, at 6:30 pm in St. Stephen's Episcopal Cathedral, 35 S. Franklin St., Wilkes-Barre, PA. General admission is $12, and advance tickets may be obtained from St. Tikhon's Bookstore at (888) 454-6678 or from stspress.com Seating is limited and tickets are on sale now, so book your tickets early! 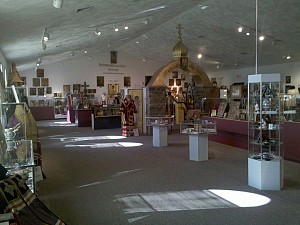 Click here to watch a tour of the Monastery Metropolitan Museum of Orthodox History in America.